The new Petzl Laser Speed Light Ice Screws will cut around 1/3 of the weight off a standard set of all steel ice screws. Petzl achieved this by using an aluminum tube and hanger with a steel tip insert on the tube for durability where it’s needed.

If you were to arrange three screws from each length from the table above (13, 17, & 21cm) for a total of nine screws the Petzl Laser Speed Light Ice Screws would weigh in at 438g (15.5 oz) lighter than the BD Express and 393g (13.9oz) lighter than the Petzl Speed. This alone was enough to make us want an entire set. Saving on weight has its obvious advantages from water ice climbing to high altitude peaks where weight can really make a difference. As with anything new to the market there is always some hesitation and question as to how it will perform. This is especially true when it comes to shedding weight, as durability and or functionality are often sacrificed. These screws do not follow that unfortunate trend and perform just as well as any other ice screw, if not better.

In the past eight weeks MAG guides have tested Petzl Laser Speed Ice Screws on a variety of ice climbs in Hyalite Canyon, MT. Temperatures in our testing ranged from bitter cold “bullet proof ice” to soft dripping ice (above freezing temps). Ice climbs ranged from WI6 pencils to 500’ multi-pitch outings. There is no noticeable sacrifice on placement between the new Speed Light Ice Screws and other screws on our rack. The shape of the hanger, teeth, and threads allows for quick ice screw placements, which in turn limits the amount of time you have to hang by one arm.

The smaller aluminum hanger has the same low profile and ergonomic design on both Petzl screws, which facilitates placement in irregular or sculpted ice. Once the first few threads are in, pop out the integrated folding crank for rapid screw in and screw out. As with other screws the lever end has a nice cone shaped, color-coded trigger for ease of length identification and speed of placement.

The only disadvantage found is that they cost around $20 more than regular ice screws. The weight savings make the cost much easier to digest. After the eight weeks of incessant testing we are fully sold as these screws cut the weight with no sacrifice to performance. Partner these ice screws with Petzl’s Lim’Ice – a sharpener for ice screws, and you have a set up that will remain light and sharp making this a very worthy investment. 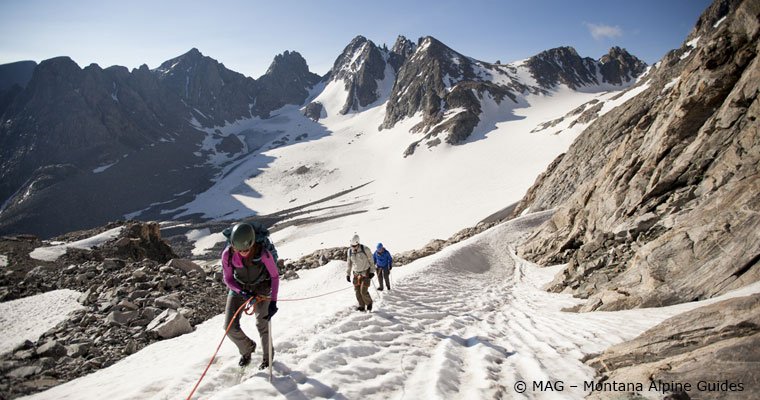